Work had been so busy for the last two weeks but at the end of term it has now started to slow a little.  There has been a lot of vintaging, some knitting and sewing, so still time to have fun.  We also went to see Hugh Laurie for the second time and it was a great concert. 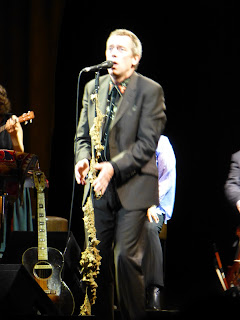 I have finished my first blouse, Butterick 6887.  This is a new reproduction of a 1950s pattern which I bought on ebay

I had looked for this pattern for ages and I made version C.  As you can see this is a size 38 pattern which was quite a bit too big, so I made bigger darts, dropped the shoulder line and also made a bigger tie.  I think the fit is really good now. 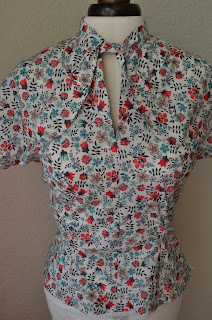 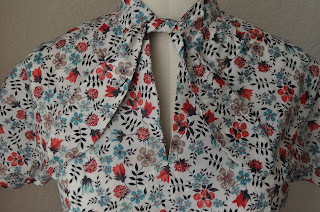 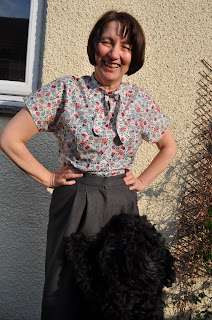 or left out (and a bombshell pose!) with my vintage vogue trousers. 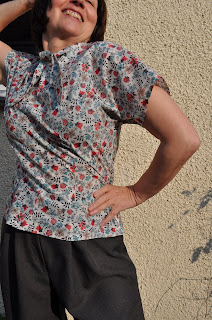 The fabric is the Liberty lawn and I would say it took just over 1 metre.  Its cut on the bias and actually although there is a side zip I can actually pull it on over my head.  I'm pretty pleased and will definitely wear it, though I'm not really sure about the kimono sleeves, you have to walk around with your arms on your hips.
So what's next.  I've started the muslin for a dress, more soon and in the meantime here is a pic of the rather bonkers fabric I have just bought
﻿

Massive pink flamingos, how retro!  I hope my new found love of sewing clothes isn't too boring - it was clearly the influence of the Great British Sewing Bee and actually I'm loving it.  On the knitting front the actual fair-isle jumper pieces are finished and its on to the sewing in ends and the neck, so hopefully a reveal soon.
Finally there has been a bit more sun and a few lace caps appearing.  Lets hope its a great summer for all of us! 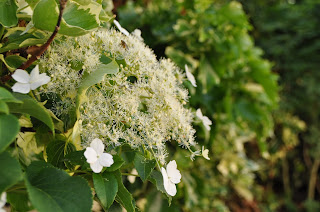 Nothing to show this week I'm afraid.  The brown spotty seersucker blouse has been put in the cupboard for a while, which is unlike me as generally I like to persevere to finish something.  But a combination of rather cheap material, a slightly too tight fit, putting on the facings wrongly and the tie being completely the wrong length seemed far too much to bother with.  I am trying again with some rather nicer liberty print fabric and hopefully should be finished for next weekend.

Otherwise I have been away again for work (what a jetsetter I do seem) this time to Swindon!  Couldn't really find a photogenic shot to take (apologies to Swindon), but did visit the college there for a really good conference.

I have been at yet another vintage fair and got a really good haul, though I'm not sure whether its the stalls or cakes I like. 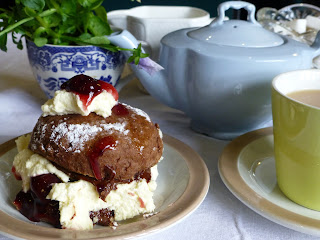 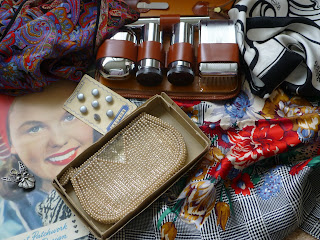 Three lovely scarves, a beaded purse, 1950s men's toiletries set and a 1953 edition of Woman's magazine which had this funky idea for a skirt! 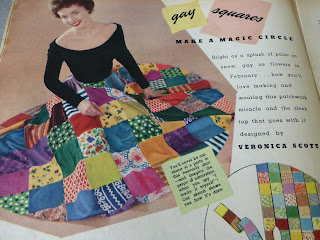 Don't think I will be making it any time soon, but a great stash-buster!

I've been absolutely loving this book 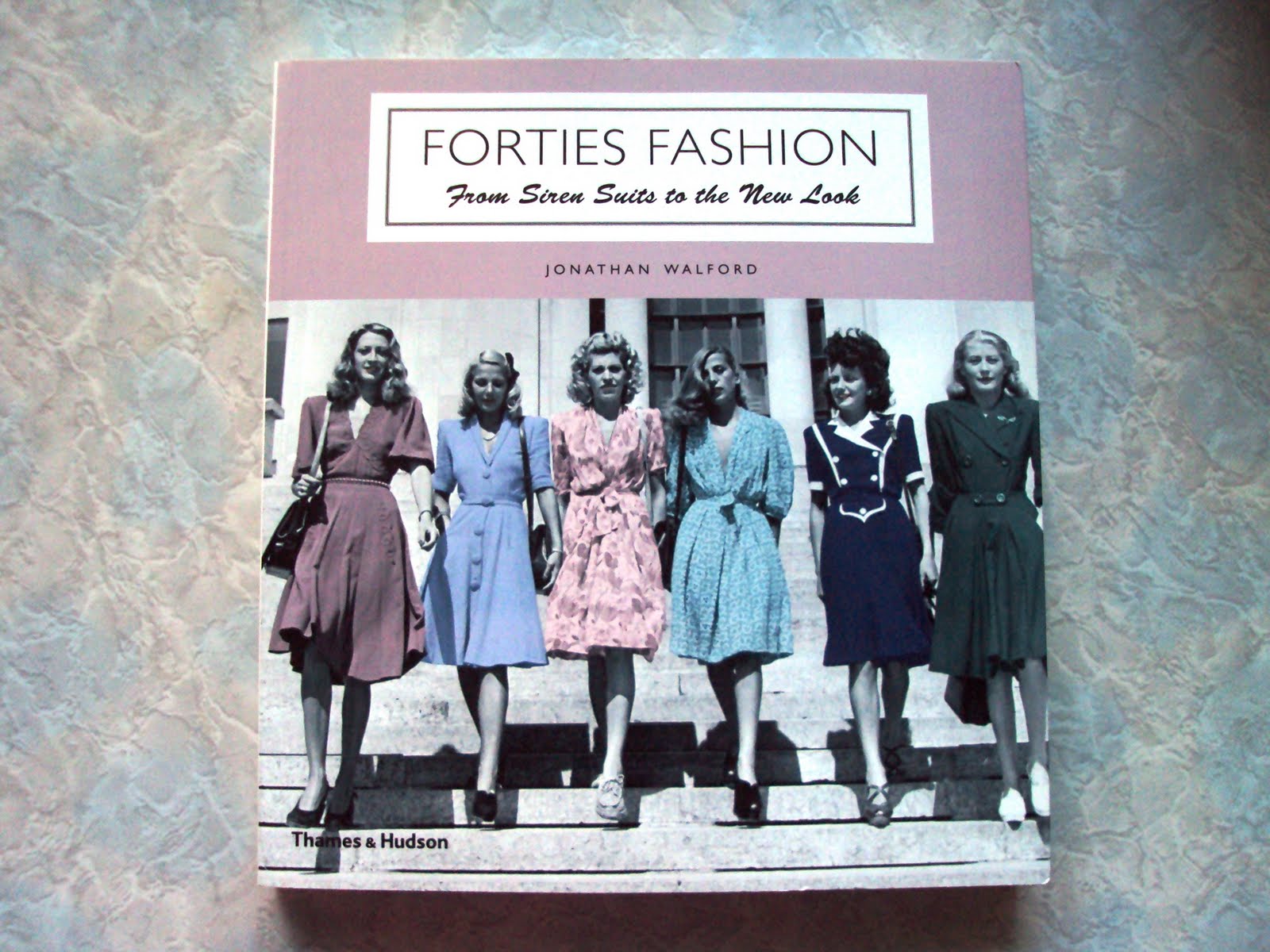 I'm not obsessively interested in fashion, but really interested in social history and this has fascinating information about how fashion continued during the war, at times as a direct challenge to the ruling powers (particularly in Germany).  The siren suits were a one-piece zip up which fitted over your jammies to look stylish in the air-raid shelters, these were worn with a cape with big pockets which doubled as a blanket.

And I'm dipping into this

.... to try and improve my techniques.
My garden is in a pitiful state at the moment, but I can still leave you with a photo of one of my favourites 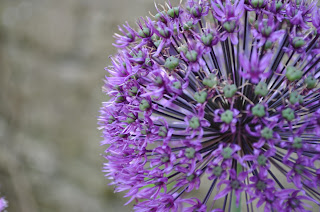 and more importantly my lovely son has successfully achieved a 2:1 degree in bio medicine (and though this is a photo from last year I couldn't resist finishing with a one of my favourite photos). 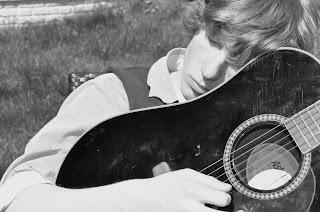 I've been away again for work﻿, hence the delay in posting.  This time in Liverpool, very sunny, very busy and little time for anything else! 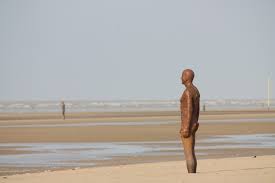 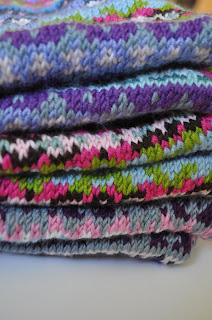 However, there is a lot of work weaving in the ends! 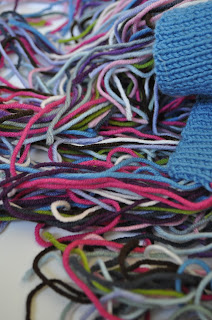 What progress is there on the crochet scarf you may ask?  Well here it is!!! 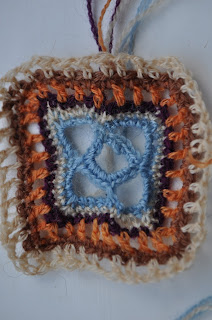 Yes, I'm afraid that is it and it took me about 4 hours!  The wool is so fine that it's quite difficult for me to see.  I think this is going to take me about a year - and I definitely wouldn't recommend this as a beginner project.
﻿
Rather better progress has been made on the sewing front.  I made some more wide leg trousers.  This time a little more fitted and from Simplicity 3688 which is a released 1940s pattern.﻿

I used my buttonhole foot.  Can you spot the mistake! 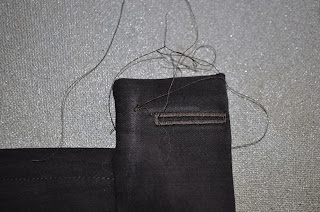 Using the foot is easy but starting in the right place isn't.  It took ages to unpick and then I tried again. 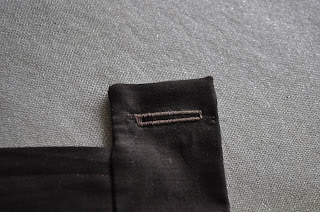 I also tried my first concealed hem, which is OK but I think in future I would go back to hand hemming. 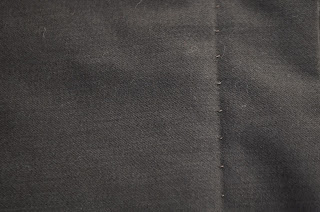 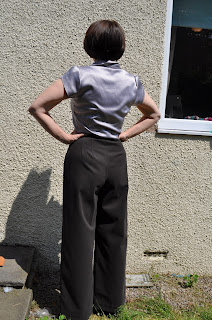 - they are quite tight especially since I made the size 14 (and I normally buy size 12), but the fabric picks up every single little hair (and they appear to be coming from a pet we don't even have!).  I'll probably make these again in better fabric, as I think I could actually wear these to work.

It's a reproduction one and is a size 38, so I made a muslin first (which sounds awfully professional!) 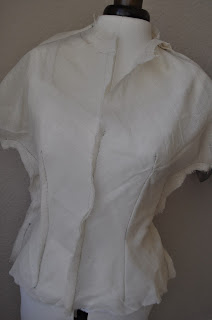 This did help as the pattern was far too big!  I still had a lot of problems though.  Somehow I ended up making it a tiny bit small, I stitch the facing on wrong and the pattern for the bow was far too short, plus the very cheap material actually looked pretty cheap.  So this is as far as I got 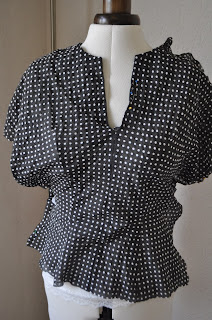 and I'm not feeling the love, so it's going into the cupboard for the time being and I'm going to try again with some other fabric.
Dan and Gemma are now home from Uni and we are waiting for their results, so we've been out and about a bit.  Some antiquing, a suitcase which will hold the table settings at the wedding and a funky retro cocktail shaker. 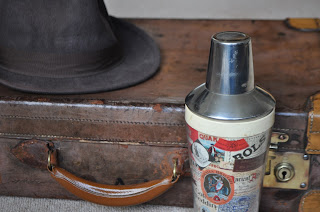 We've finally seen the Great Gatsby, lovely costumes and we enjoyed it a lot.

We had our first picnic of the year 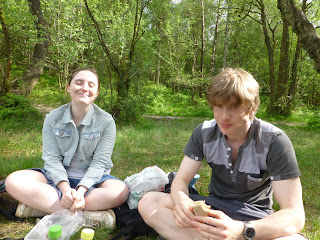 and some lovely walks 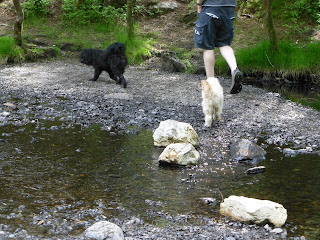 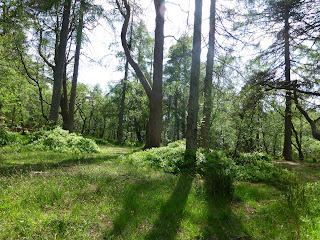 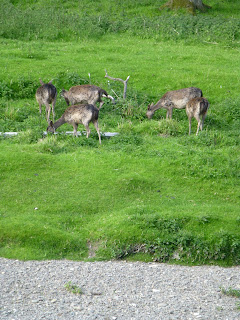 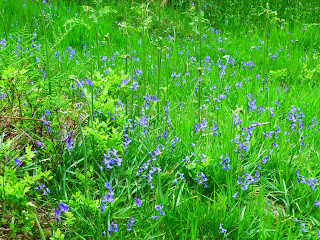 Another busy week coming up and one night in Swindon.  Hope you have had some sun and fun and thanks very much for any comments you leave.
﻿
Posted by mags at 13:47 2 comments: