February already!  And 2 of my plans already failed!  I wanted to bake a new recipe each month and also try a new savoury recipe.  I can't believe how quickly January went and I didn't get round to either - so I'll try and double up next month.  Here is my first new bake ... salted caramel malted biscuits. 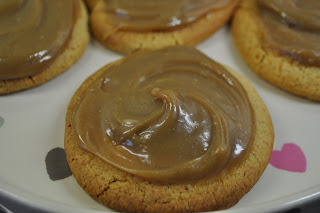 Quite nice, very sticky and impossible to stack!

We have had a birthday, Gemma was 22 and it was her present I've been working on.  She loves VW camper vans and although she can't afford a real one I made her a cross-stitch cushion in her favourite colour with a personalised number plate.  I think it's turned out quite cute, but I must avoid cross-stitches in future which have a lot of white or cream.  It's a nightmare to keep clean and having a house full of pets its so hard to keep all the pet hairs out of the stitch!  I used the cross-stitch as a panel with a green leafy border. 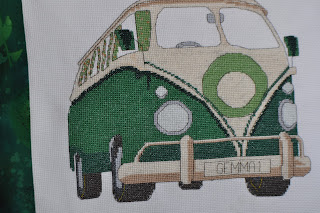 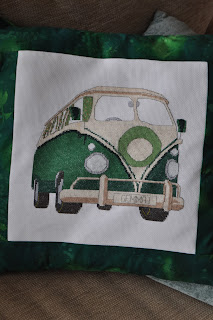 Gemma had the most lovely cake of which this is a bit!  It is her, sitting in a teacup with Rosie and Tess - very impressed!  (Must point out we didn't make this - it was a professional make!). 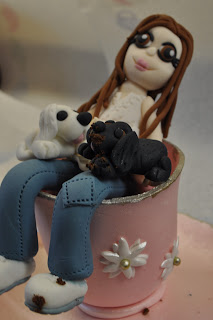 We've also had a wedding held on one of the few sunny days recently and a really lovely day ... very informal and also a part-scottish day.  We have lived next to the Sharpes for about 16 years and when they moved three years ago we followed them!  They are like our family so it was lovely to see Paula marrying her Kev and both of them so happy. 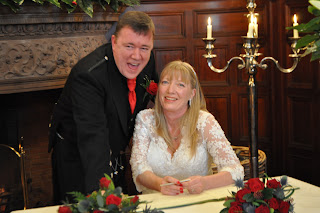 Not sure what Kev had just said here though! 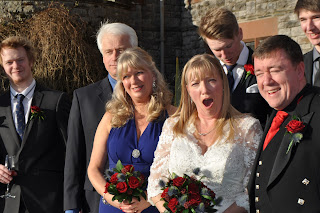 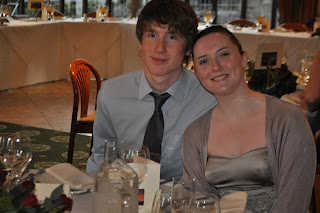 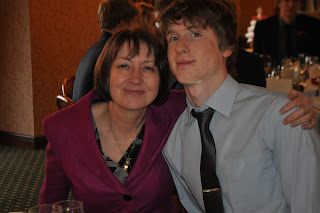 We all went to the Stich and Hobbycraft show at the Trafford Centre on Saturday.  This is the first one I've been to and I was a little disappointed.  Firstly I think the entrance fee of £8 is rather expensive.  Then the vast majority of the stalls were papercraft which is something I'm not really into.  It was heaving and the few knit or cross-stitch stalls were difficult to get to.  So I enjoyed being let loose in John Lewis much more and ended up with another cup (Pip) which is just the thing to enjoy with a biccie. 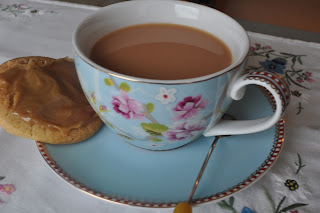 I've finished my first book of the year The Woman Who Went to Bed for a Year by Sue Townsend which was quite good, funny in parts but the characters are rather annoying, (less endearing than Adrian Mole) so I would give it a 6 out of 10.  I'm hoping to read a book a month this year.