I've been enviously reading lots of holiday blogs this week while I have been back at work.  So I have tried to catch some seaside feeling for myself by making a seaside inspired bag!  I have had a pattern for a seagul picture from   Bustle and Sew's  e-magazine for months and bought some seaside fabric from Cath Kidson in anticipation.   I didn't really need another picture so this week I suddenly decided I might be able to make it into a bag, and I found instructions for a tote bag from  Mama's Pocketbook.  First I made the picture; an appliqued felt seagul with some fabric bunting (this was machine stitched - very easy even for those like me who are fairly new to a sewing machine because the messiness doesn't really matter).  The words are hand embroidered in backstitch (you can still see the purple marker pen - which I didn't follow very closely!).  The line is from a song which reminds me of one of my happiest holiday moments on a beach in Normandy when Dan, aged 6, was flying a kite on the sands  singing to himself "I believe I can fly". 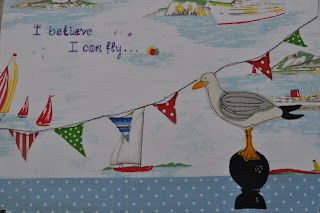 Next I made the bag shape (with interfacing) and a lining from some rather lovely cloud material.


Then having fitted two straps, pinned the bag and lining together and joined them.  Nearly there .... 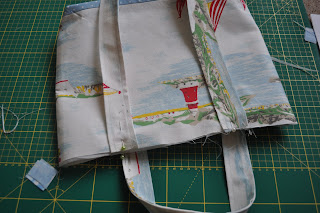 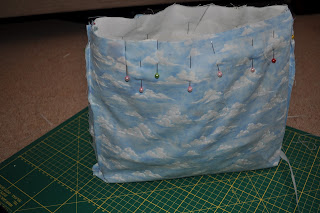 et voila .... I have actually made a bag, my first ever!  And actually I'm rather pleased.  The pattern was simple so I could see myself making another.  Why do I always struggle with straps and handles though (e.g. on pictures and decorations).  The handles are not exactly the same length!  Still think its manageable. 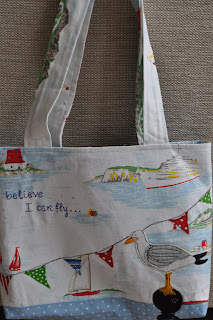 I swapped an English quilting magazine with Debbie from Happy Little Cottage because her blog was mentioned in it (she lives in the USA) and she sent me .... 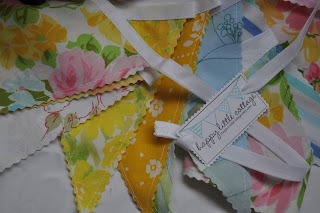 ... how generous, and her work is so beautifully done.  She has some lovely pincushions in her Etsy shop if you every want to treat yourself.  I would show you a photo of the bunting in situ, but it's so dark inside today.

I'm writing this on bank holiday monday and it would have been nice to have included lots of things we did over the long weekend .... however .... it has rained and rained and rained here in Cumbria and I'm very envious of the lovely photos on other blogs where there is actually some sunshine.  There was some late sun on Saturday and we duly went out for a walk, but it actually isn't so enjoyable when you are sinking into mud 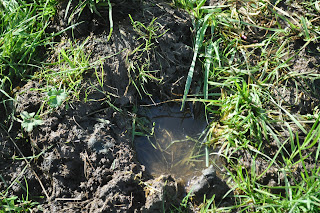 and the dogs have to be bathed every time you go out! 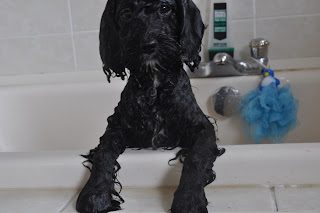 So being indoors we have watched a few films; the best being Hugo which I really enjoyed (even though it is a children's film).  The 1930's Paris setting was beautiful.

My other crafty times have been spent mainly on my large projects; a few rows on my ripple blanket, a bit of cross-stitch and I have only 2 blocks to make for my farmer's wife quilt.  ﻿ These are all projects which are taking quite a while and so I did deviate for another quick bit of crochet and made another tin cover (for no real reason other than enjoyment). 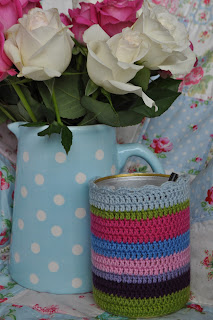