One of the treats I love at the weekend is a lie-in with a cup of tea and a new magazine to read.  I think I might have mentioned before that I'm a bit of a crafting magazine addict - I was wondering whether this might have its roots in my childhood, where my pocket money would buy a comic and a bag of sweets.  First it was Look and Learn (approved by parents) ...

Then Bunty﻿ with its cut out dressing doll on the back!

Then Jackie ...  with the gorgeous David Essex on the cover!

Then there were grown-up magazines, reflecting the interests of the time; fashion, health, travel, photography etc. etc.  Now its knitting, cross-stitch, baking and sewing. 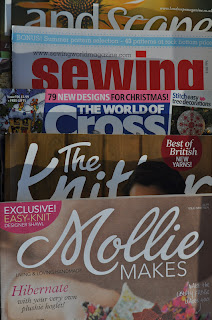 I have a file of projects saved I want to do .... 3 files so far!  Anyway excuse the trip down memory lane ... and now to some current crafting.

Thanks Gillian  and Jilly  for the knititng encouragement, much apprectiated.  I thought I would pop-in an honest photo to show the problem, and this is a bit I took back twice.  I think I've worked out that part of the problem is the way I've been passing the wool at the back so that it's shown some colour on the right side 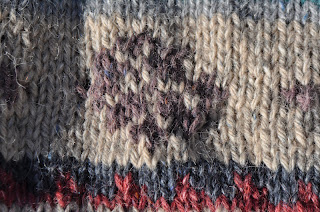 I think with some blocking and some more stitches I can improve it a bit.  But as I've continued I've liked it much better  ... glad I didn't give up. 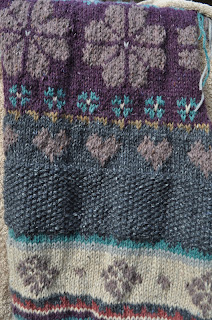 Now I'm up to the stripey collar, which is really big! 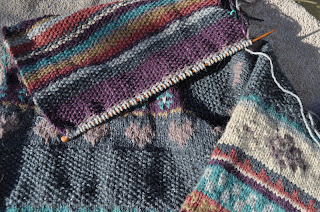 My Farmer's wife topper is finished 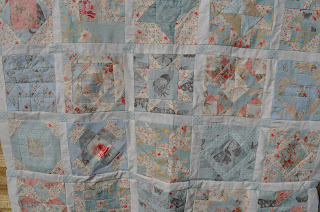 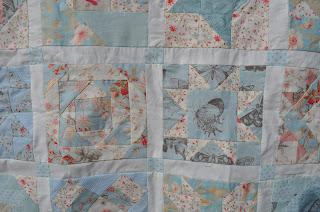 And now I'm on to the quilting.  I'm just doing a simple in-the-ditch quilt, which means just going down the seams.  However, it's not quite so simple where you haven't got completely straight seams!  Just be complete for next weekend. 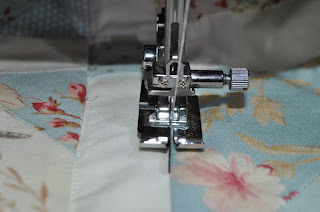 What a wondeful day it has been today - glorious sunshine and one of those walks where I can't quite believe how lucky I am to live with these views all around me. 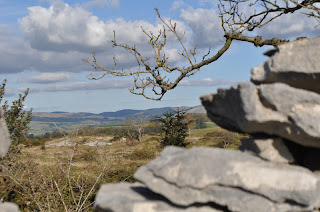 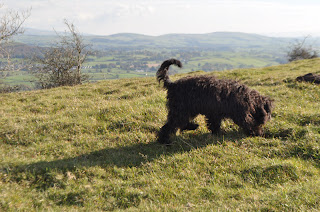 Not much going on in my garden except that my acer is at its best at the moment ... beautiful. 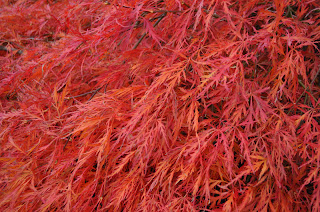 Bye from a sunny Cumbria for another week.  Hope you have a great week with lots to smile about.
Posted by mags at 11:20