Well I'm out of kilter with my blogs.  Last week I just couldn't post my whole blog for days and Dan finally sorted it out for me, so this seems to have made me a bit late this week, espeically as getting any decent light for photos has been difficult.

The weekend was one of those which didn't quite go as planned .... first of all I accidentally put the alarm on, not once but twice and so my planned lie-ins were both cut-short by a 7 a.m. alarm.

There were some good bits though.  We visited the Wildlife photographer of the Year exhibition at Kendal Museum which was great.  So many lovely photos - especially from the young photographers ... the dedication they have shown for days and months to get the shot!  This was one of our favourites 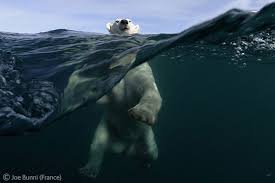 I started my new Rowan jacket with the wool I showed last week.  I enjoy the fair isle bits but must say that I do find it quite hard to get the intarsia bits looking good; getting the tension right just isn't easy.. and tonight I have had to pull a section back twice, which means I'm really not enjoying it at the moment.   Funny how you just can't tell what you are going to love making.  I was really looking forward to this knit.  I bought the wool over a couple of months and loved the colours, but actually I just haven't flown with it and I hate not finishing something.  Still hopefully it will look OK when it's fully blocked. 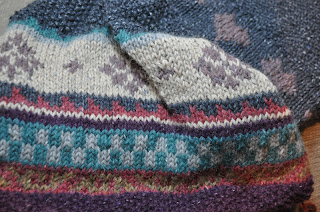 I'm still working on my quilt and here is a sneak preview (found it hard to get enough light to do it justice).  I thought I would have finished the topper this weekend, but as I already mentioned the weekend didn't go according to plan.﻿  I am loving how it looks though!  And this is a project I have enjoyed more than I expected to, because I thought it would be too difficult for me! 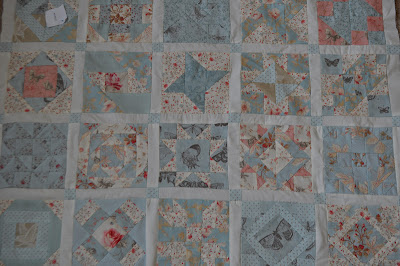 There was a bit of late sun on Saturday and I love the beautiful reds against the blue sky. 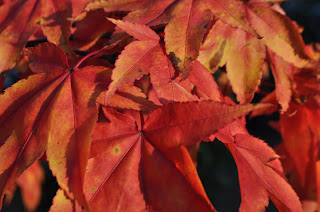 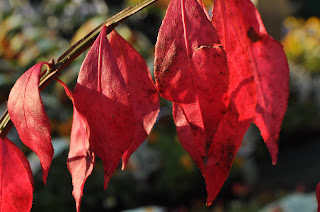 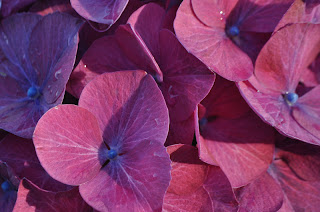 I started watching the first series of Downton Abbey so that was some enjoyable viewing to knit by.  I'm really sorry the Great British Bake Off has finished - I really enjoyed that (sorry James didn't win though - even if his cakes were a mess).  And that was about it really - the week and the weekend particularly shot by and actually I'm nearly at the next one now!
Posted by mags at 12:13